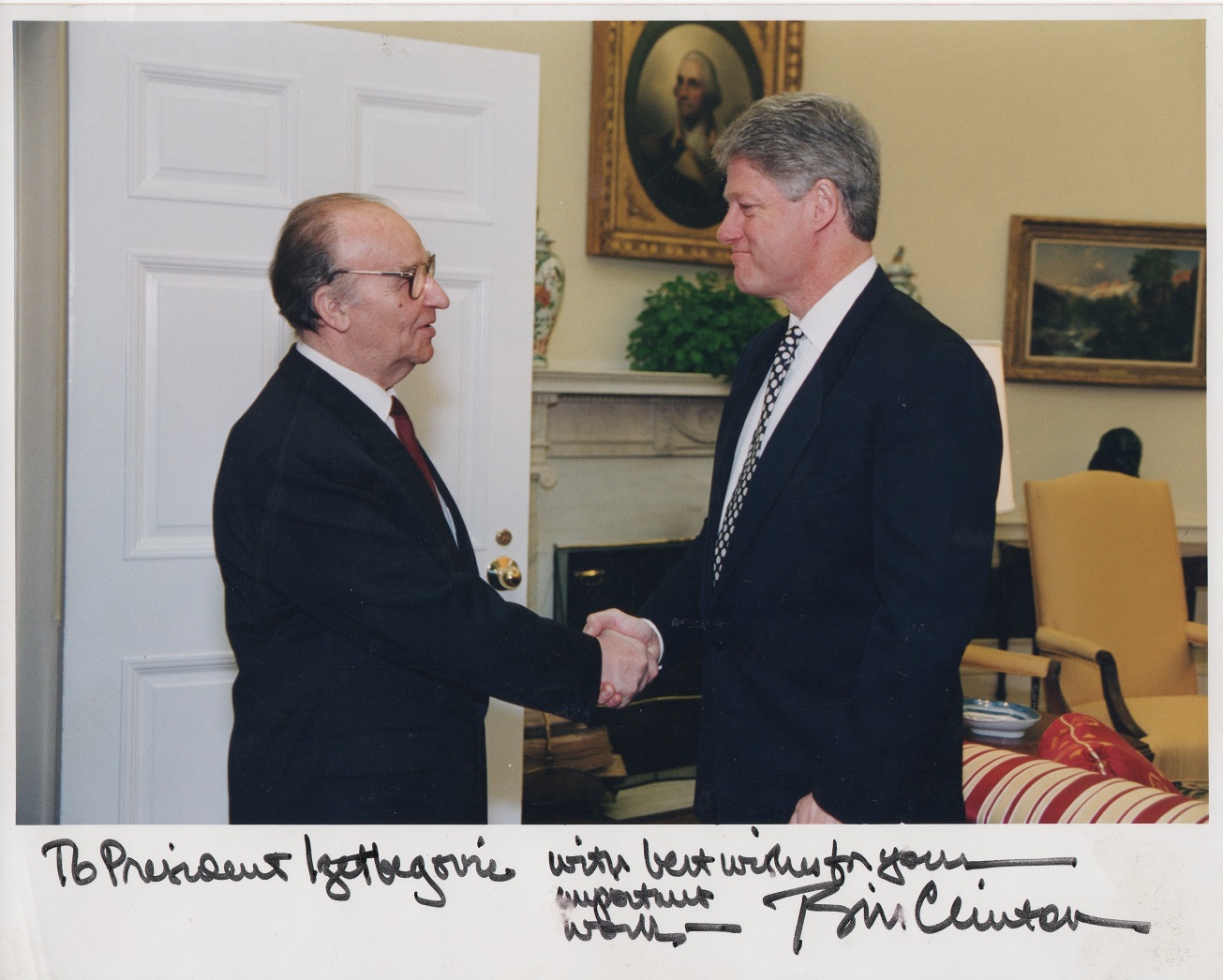 “… From 1992 to 1995 Alija Izetbegovic was the voice of Bosnia and Herzegovina, which fought for its survival. He led the resistance from the besieged capital and worked hard to save the unity and independence of Bosnia and Herzegovina. At the end of the war he became one of the key figures in the negotiations and the conclusion of the Dayton Agreement. I want to express my homage to this brave statesman who not only made it possible for Bosnia and Herzegovina to exist, but whose leadership has directed this country towards European and Euro-Atlantic integration …”

Recep Tayyip Erdogan, President of the Republic of Turkey:

“Izetbegovic is a man who, through his life and work, has influenced the history. His mission is an expression of human honor and amazing perseverance, which has been an honor for the whole world. For the values he believed in, for his state and his people, he was an inexhaustible source of courage and exceptional value.”

“I have spent four war years and the hardest years with my friend and long-time associate Alija Izetbegovic. He was my President and I always appreciated him. I consider him in the history of the Bosniak people, at least for the last century, as one of the greatest personalities… ”

“Alija Izetbegovic was and remains a Bosniak president and my president, and it is certain that, had it not been for him and his authority, whole Bosnia would have been a facing the fate of Srebrenica today. The Bosniaks, to whom Alija was the war commander, today, unlike others, have nothing to be ashamed of.”

“Alija Izetbegović was a great president. The country I come from survived a war and he was its first president, but unfortunately, he is no longer alive. He is the person I love to listen to and I have learnt a lot about the history of my country listening to him speak.”

Paddy Ashdown, High Representative of the International Community in Bosnia and Herzegovina:

“To choose tolerance, to choose restraint and inclusiveness you need courage. Even Alija Izetbegovic’s fiercest critics would not deny that he possessed that quality in great measure. And because of that, there are men and women of goodwill in Bosnia and Herzegovina today who share that courage and who genuinely want to champion the common good. Who will see his extraordinary life and the calm manner in which he faced death as an inspiration to hold fast to the values of their faith, and Bosnia’s European destiny, so that all in this country, whatever their faith, whatever their origin, can feel comfortable and secure.

These are the people to build a future for this country that is better than its past. That is, I believe, the best memorial to the life of Alija Izetbegovic.“