Skip to content
Prof. Schwarz-Schilling: “Croatia and Serbia are putting peace at risk“ 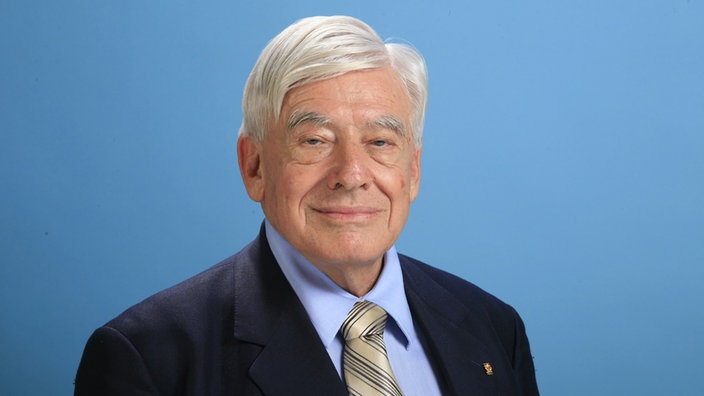 The interview was conducted by Marion Kraske, Head of the Office of the Heinrich Böll Foundation in Sarajevo

1. The 25th anniversary of the signing of the Dayton Peace Agreement is an opportunity for a number of nationalist actors of the region to formulate attacks on the state constitution of Bosnia and Herzegovina (B&H). How do you see this?

Unfortunately, the nationalists use every political occasion, such as the 25th anniversary of the Dayton Agreement, to impose their nationalist and secessionist slogans. Sadly, this is the order of the day in Bosnia, and the worst thing is that everyone has got used to it; both the Bosnians and the International Community (IC). Fifteen years ago, such a thing would not have been tolerated. Nowadays, we take note of it and that was it. I just wonder for how long?

2. Milorad Dodik, the Serb representative in the Bosnian state presidency, and Dragan Covic, head of the nationalist party HDZ B&H, seem to have made a pact to join forces for secession on the one hand and unity of their respective ethnic groups on the other. Both are attempts that contravene the current Dayton Constitution and would lead to the country’s disintegration. What is the plan?

None of this is new. This has long been an issue. The plan is to create a third entity – that is what the Croats want – while the Serbs want to split the Republic of Srpska from Bosnia-Herzegovina. But they know very well that both of it is impossible.  Nevertheless, they continue to play their game together, with the aim to create concern and fear among people, in order to retain their power and manipulate the elections. In doing so, they are testing the patience of the IC, because everything they do is against the governing law.

3. How dangerous are these policies for the multi-ethnic face of Bosnia as a counter model to the politics of ethnically pure territories that had led to serious crimes such as the genocide in Srebrenica?

This policy, coupled with propaganda and hate messages, is indeed very dangerous. They represent a lasting threat to peace in the region. When constantly confronted with hate messages, secessionist and nationalist slogans from all sides, it clearly drives many into political extremism, where there is no more talk of coexistence in a multi-ethnic state any longer. This is when hatred reigns; and that is is very dangerous. In such an environment, you really have to have a strong character to find the truth and the right attitude. You see how important it is to have honest politicians in leadership positions.

4. The party of Milorad Dodik, the SNSD, and that of Dragan Covic, the HDZ B&H, have issued an ultimatum to reform Bosnia.  The High Representative for B&H Valentin Inzko has already responded by saying that there is no deviation from the current plan for B&H. Is this enough to pacify the attackers?

Not only Inzko warned of such a dangerous development. The Quint, the US Ambassador Nelson, the PIC countries, have all made it clear that the Dayton Agreement must not be undermined, but that is evidently not enough. So long as the international community fails to take stronger measures, the HDZ and SNSD will become increasingly insolent. I believe that we must react more strongly and not just leave it at warnings. The High Representative has the means to do so. It only requires the appropriate political will. I think that will happen soon.

5. The SNSD and the HDZ B&H agendas remind of the extremist policies of the 1990s, when Croatian President Franjo Tudjman and his Serbian counterpart Slobodan Milosevic split Bosnia among themselves at the Karadjordjevo meeting. Do you see a historical continuity here?

Yes, of course. Serbia has never abandoned its aspirations for Greater Serbia. Neither has Croatia. Both neighbouring countries act as if Bosnia were their colony.  It is incredible how they circumvent and ignore the Bosnian state institutions. HDZ B&H and SNSD act the way they do because they feel supported in their agendas by Serbia and Croatia.

6. Serbia is currently interfering in different venues in the region, including the recent elections in Montenegro. Are there any further greater-Serbian objectives pursued by Belgrade?

Of course. This plan is still actual today and they are all diligently working on it.  Serbian President Aleksander Vucic, Dodik, the Orthodox Church – they are all supported in it by Russia. The consequence is unrest and instability in the Balkans. With their agendas, Croatia and Serbia are putting the lasting peace at risk.

7. There have been several recent meetings demonstrating Croatia’s negative impact on the current peace order in the Balkans (such as President Milanovic’s meeting with Milorad Dodik). How come that the youngest EU member state interferes in the internal affairs of another state, apparently glorifying its own past crimes (criminal para-state Herceg-Bosna for the purpose of creating a Greater Croatia) rather than critically confronting it?

It always depends on the nature of a country’s leading political structure. The HDZ in Croatia decides the country’s policy and, as in the days of former President Tudjman, it is nationalist and anything but friendly towards Bosnia. Here we can observe an interaction between two HDZ’s, which has rather negative reflections in B&H. They support and spiral each other up into a destructive policy towards B&H. Croatia’s President Milanovic is a Social Democrat, but when you read his statements, you get the impression that he is running for the HDZ presidency. Just remember the time when Stjepan Mesic was president of Croatia. At that time, such a situation was unthinkable.

8. In a recent speech at the Bundestag, Germany’s Foreign Minister Heiko Maas pointed out that war crimes must not go unpunished and that the German EU Presidency is in favour of instituting a human rights sanctions regime. At the same time, in Croatia, the youngest member of the EU, we are witnessing the glorification of the criminal para-state Herceg-Bosna established during the Bosnian war, which aimed at killing or expelling all non-Croats from Bosnia, more precisely, Herzegovina. Minutes of silence were held in the Croatian Parliament and in Catholic churches when a war criminal took his life in the courtroom in The Hague Tribunal. How should a critical review of history be approached here? Could Germany play a supporting role, where the confrontation with the Holocaust has also laid an important foundation for a democratic reform development?

This is a difficult question. Not only has recent history not undergone any review in the former Yugoslavia, but moreover the events from several hundred years back in history have maintained their irreconcilable character to this day. However, I am optimistic that Germany could be a driving force of this re-appraisal because of its history and experience.

But there is good news in this regard: the EU-wide consent on the necessary constitutional mechanism was, as Manfred Weber, chairman of the European People’s Party (EPP), said, a historic step for the EU. In the event of violation of the rule of law or basic democratic values, EU funds should be denied. The youngest EU member, Croatia, must now think twice whether to continue celebrating convicted war criminals and supporting undemocratic processes.

The countries of the Western Balkans which aspire to join the EU will have to be more careful in the future. In his opening speech at the recent Conference on Youth, Migration and Demographic Challenges in the Western Balkans, Foreign Minister Maas, referring to Bosnia and Herzegovina, said not for nothing “In a country aspiring EU membership, there can simply be no place for nationalist baiting, denial of war crimes or glorification of war criminals.”

Take a look at the latest report of the High Representative to the UN of  November 5th. There the High Representative Valentin Inzko addresses how important this very topic is for Bosnia & Herzegovina. The fact that nationalist leaders continue to deny war crimes, glorify convicted war criminals, and even organize state-sponsored commemorations – an example is the SDS founder and convicted war criminal Momcilo Krajisnik – does not contribute to reconciliation, but to more hatred. HR Inzko rightly says that empathy and compassion for the suffering and the loss of the other are ignored. This defies European and global standards of humanity.

I hope that this EU decision will finally have an impact on the progress in this direction throughout the Balkans. It is high time that a law against the denial of genocide and the glorification of war criminals was introduced in B&H. In this context, I would like to quote Foreign Minister Maas once again: ‘Let us finally bury the ghosts of the past’.

9. Are Brussels and Berlin sufficiently aware of the dangers of the Serbian and Croatian agendas with regard to Bosnia and the current blueprint for lasting peace? Above all, what should the EU undertake to prevent an escalation and new – possibly also military – conflicts in the region?

I can say that Berlin recognizes this, whereas in the case of Brussels I am not so sure. The International Community needs to be more involved. The United States, with Ambassador Eric Nelson, is well represented in Bosnia. If Joe Biden becomes president, it will surely get even better. One forgets that the OHR is still there, much to the dislike of some, but it is an institution that could resolve many existing problems in the implementation of the Dayton Agreement by legal means. I repeat: there is a lack of political will!!

Bosnia has simply been shoved into a corner and there were only half-hearted attempts to first solve other problems in the Balkans and then return to the Bosnian problems at some point.  This is the wrong way to go! Have we forgotten the terrible war in Bosnia?! So long as Bosnia & Herzegovina is not in focus, nationalist and separatist forces are doing so much damage there that it will be very difficult to remedy.

It should not go unmentioned that other super powers, such as China, Russia or Turkey, have already made themselves quite comfortable in the Balkans. What is the EU waiting for? The OHR? There is a need of joint action by the EU and the United States, a re-orientation and strengthening of the OHR as well as stronger measures against any violations and transgressions of the Dayton Agreement. There are so many ways to stop the nationalists and separatists in B&H. You just need to want it. You can’t wait any longer, Bosnia-Herzegovina needs help now!!

10. What would you whish from the German foreign policy?

More initiative and focus on Bosnia.  And I can tell you, I am optimistic about that.