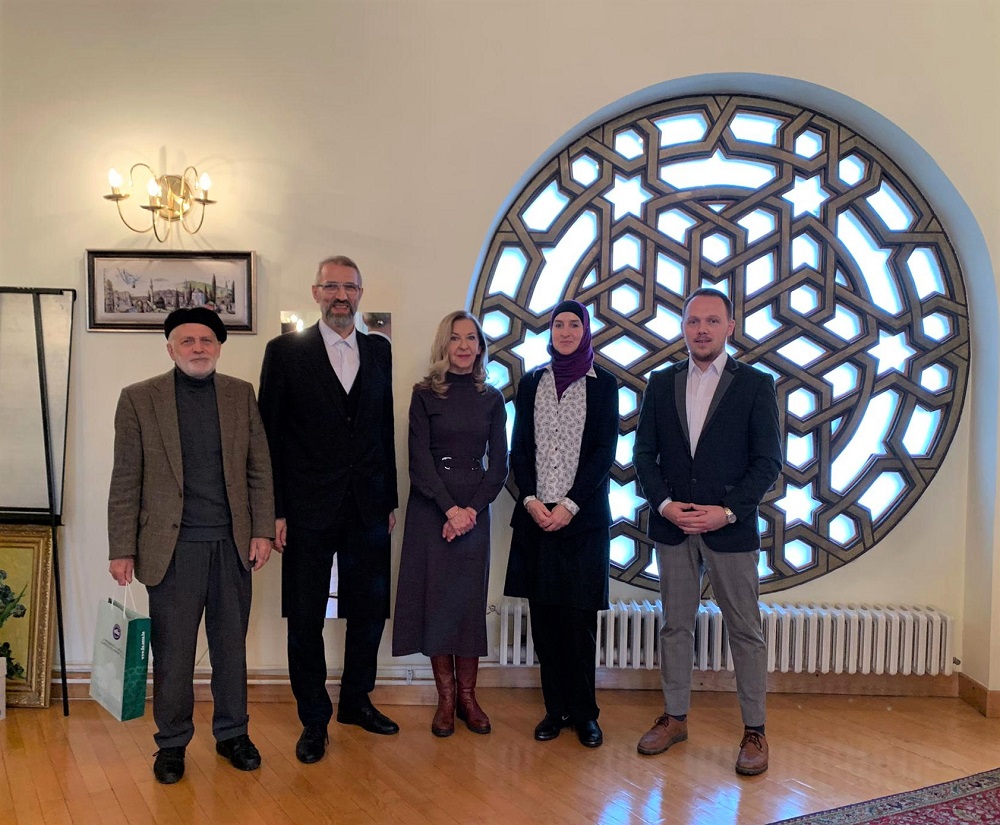 On November 23, 2022, the delegation of the Alija Izetbegović Foundation visited the Faculty of Islamic Studies of the University of Sarajevo and held a productive meeting with the Dean of the Faculty, Prof. Ph.D. Zuhdija Hasanović.

In the beautiful setting of the Faculty of Islamic Studies, two parties discussed the Foundation’s work and planned projects, as well as possible forms of cooperation with the Faculty. The possibility of presenting the Foundation to students of the Faculty and cooperation with volunteers in terms of supporting the implementation of activities such as the organization of visits to Sarajevo for children and young people from different parts of Bosnia and Herzegovina, as well as the organization of summer schools for students from the diaspora, were particularly highlighted.

The representatives of the Foundation thanked Dean Hasanović for the warm reception and expressed their hope that joint projects would soon be implemented.

Dean Hasanović pointed out the fact, which had also been published in the history of the Faculty on the official website, that Alija Izetbegović was proposed for the teaching council during the establishment of the Faculty, but due to the attitude of the Communist authorities at the time, he was not elected. The Faculty was officially opened on September 29, 1977 under the name “Islamic Theological Faculty in Sarajevo”.